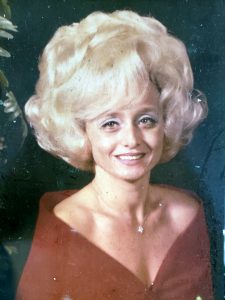 Lou Lukins Boles, of Paris, departed this life on Monday, July 19, 2021, at Bourbon Heights, having attained the age of 81 years. She was born in Maysville, KY, on September 16, 1939, the daughter of the late A.P. and Evelyn Middleton Lukins, was a graduate of Morehead State College and Appalachian Regional Hospital for Clinicals. She was a veteran of the United States Army, having worked as a Nurse Anesthetist, CRNA, worked at the University of Kentucky, Chowan Hospital in Edenton, NC, as the Chief of Anesthesia, Pitt Memorial Hospital in Greenville, NC, and freelanced the later part of her career at Appalachian Regional Hospital in McDowell, KY. In addition to her parents, she was preceded in death by brother, Fred Lukins.

In lieu of flowers the family suggest memorials to the Paris First United Methodist Church.