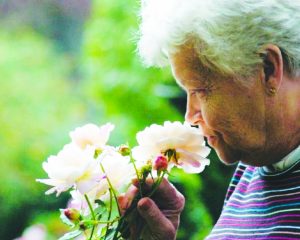 She led a simple, yet significant life.

Wilma Donovan was born June 10, 1938, and it is alleged that she and her twin sister, Wanda were born in a little tenant shack directly on the quadrapoint of Bath, Bourbon, Montgomery and Nicholas counties, but only one county could be written on the birth certificate so they chose Montgomery. Little did they know then, but her heart would always belong to Bourbon County.

She was the baby of the Sherman and Ethel (Sorrell) McCarty family and had eight siblings. Brothers Ray, Charles and Marvin had their hands full with Wilma and her five sisters, Josephine Westfall, Maxine Smoot, Opal Kelley and Wanda Martin and Sophia Miller.

To hear Wilma tell it, they grew up dirt poor and had nothing but each other. Luckily for us, poor kids went to school sporting events for entertainment, and when she was 16 she went to cheer on the Bourbon County Colonels as they took on the Carlisle High Musketeers. She spotted a boy in a green basketball uniform with pretty legs and a sweet hook shot. That boy was Ben Donovan and he must have thought she was pretty special too so he married her on August 25, 1955.

Wilma spent her early years as a Navy wife and she could vividly recall her first rookie mistake – ironing a crease in Ben’s uniform pants right before inspection – the wrong way. Somehow the marriage survived this unfortunate event and the Donovan couple started their family. First born was Deborah Donovan followed by Benita Denniston then Lisa (Bill) Nicholls and last but certainly not least “Baby Danny” Dan (Karen) Donovan. Rumor has it they had to travel all the way to Austin, Texas to produce an heir to the Donovan throne.

Wilma was known by many names. Mom, Momma D, Grandma, Grandma Donovan and most recently Queen and quite frankly, to know her was to love her. She was an absolute one-of-a-kind spitfire and had a brutal honesty about her that would leave you speechless, embarrassed or laughing hysterically from her off-colored comments. She always told her kids “if it’s true you can say it” and “it is what it is”.

Speaking of kids, she had plenty of them. One son, Dan (Karen) Donovan; three daughters, Lisa (Bill) Nicholls, Deborah Donovan and Benita Denniston; seven grandchildren, Natalie (Kevin) Metcalf, Stephanie Denniston, Tonya (Adrian) Gitch, Candice (Nathan) Rexroat, Danielle (Michael) Watts, Karley (Brandon) Boggs and Katelyn Donovan; fourteen great grandchildren, Jasmine Metcalf, Jakob Metcalf, Lily Metcalf, Laken Metcalf, Blaine Snellen, Addyson Rexroat, Jaylynn Gitch, Austin Gitch, Noah Gitch, Bryson Gitch, Liam Rexroat, Aleah Rexroat, Amaya Rexroat and Alyssa Nicholls. Man was she ever proud of them. No matter what they accomplished, she was their #1 supporter. Not just her biological children but all of your children she met along the way. They were her “adopted” kids and she treated them all like her own. In addition to her children above, she is also survived by one sister, Sophia Miller and several nieces, nephews and cousins

Wilma became a widow at the age of 56, and she learned that life is short and you should live it to the fullest. Perhaps this is when she started her habit of becoming a social butterfly. This woman never met a stranger. She loved everyone and we mean everyone – well, she didn’t love Mitch McConnell or President Trump, but pretty much everyone else. She was passionate about her political views and often tried to convert every Republican she met. She was elated to hear that even after she died she would probably continue to vote Democrat for years to come. We loved to joke about politics with her and recently pranked her into cheering and clapping while a Trump flag was held up behind her. We threatened to make it her obituary picture and tell all her friends she was at a rally. She threatened to haunt us forever hence the beautiful picture of her stopping to smell the roses.

Wilma has many hobbies and more than likely you were around to witness them. She loved her church family. She loved visiting with the residents and employees at Bourbon Heights and called many of them her friends. She loved her medical teams at UK hospital. She loved any sport her kids were involved in. A little known fact is that Wilma was an expert in officiating and was well known by the KHSAA umpires for being the grannie behind home plate. She routinely offered to send them to her umpire school, but none of them took her up on it and a couple of times they offered to have her escorted to her car. She didn’t take them up on that either. Sheesh…didn’t they know she was just flirting?

Speaking of flirting, if you were a male aged 8-108, you were her favorite, especially if you were in a uniform. She loved and supported her military, EMS, Fire, Police and Troopers. One of her favorite memories of being flirted back with was when she was eating at Jerry’s Restaurant and a fire fighter spotted her Police and State Trooper bracelets she proudly wore. He ran to the fire truck and came back with a bracelet with a red line on it and told her “you have to wear one of ours too”.

Wilma had a big thirst for margaritas and a bigger hunger for life. She devoured every moment she got to spend with people. She had a heart of gold and would give you her last dollar if she thought you needed it, even if she needed it too. She battled cancer not once but twice and fought like a champion. She set personal goals to achieve before beginning chemotherapy and once she accomplished them she was ready to “go home”. She knew Jesus and she was ready for Him to take her hand. Even though she thought He was running late, He came to her on time and gently took her outstretched hand on October 5, 2021 with her children at her bedside.

For those of you that want to honor her memory, please consider making a donation to one of her favorite causes. Clintonville Christian Church, the Joseph Allen Adult Day Care & Health Center or Bluegrass Hospice Care.

To sum up, Mae West was once quoted as saying, “You only live once but if you do it right, once is enough.”

Wilma Donovan did it right!

In addition to her husband and parents, she was also preceded in death by three brothers, Ray McCarty, Charles McCarty and Marvin McCarty; four sisters, Opal Kelley, Josephine Westfall, Maxine Smoot and her twin, Wanda Martin.