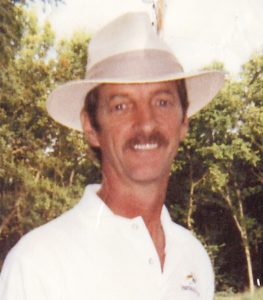 He was born in Campbell County, KY to the late Daniel and Mary Norton Wolfe. He was a retired mechanic for the Lexington Fayette Urban County Government. Blaine enjoyed golfing, camping, restoring old vehicles and spending time with his family. He was also a member of the Oddville United Methodist Church, Cynthiana, KY.

The family would like to thank everyone who had a hand in Allen’s health journey. He fought this disease for a long time. His oncology team at Baptist Health, Dr. Firas Badine, Dr. Martha Hayne and Dr. Katrina Nickles and their staff, who gave us the utmost care and friendship and physical therapy at Kort especially Matt Rose.

Funeral services will be conducted at 1:00 PM Tuesday November 16, 2021 at the Lusk-McFarland Funeral Home, 1120 Main St., Paris, KY by Pastor Roger Wallace. Burial will follow in the Clintonville Cemetery.

Visitation will be from 11:00 AM Tuesday November 16, 2021 until the hour of service at the funeral home.

The team from hospice was a tremendous help to Allen and myself during the last months of his journey here on earth.