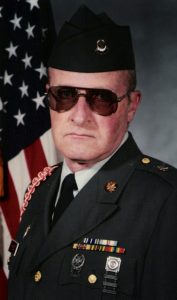 A native of Paris, KY, he was the son of the late Wallace Roe, Sr. and Iva Vandy Roe. He was a retired electrician, retired from the United States Army Reserves where he proudly served, was an Eagle Scout and a member of Bedford Acres Christian Church, Paris, KY.

In addition to his parents, he was preceded in death by one brother, Donald Roe.

The family would like to express their appreciation to the Paris and Bourbon County EMS and Firefighters for their kindness and help during the illness of Mr. Roe.