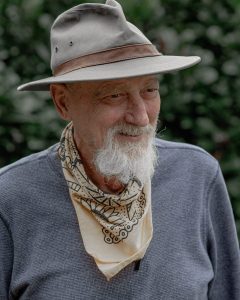 Nathan Thomas Lipscombe, 66, passed away on January 31, 2022, at Hospice House in Bowling Green, KY, after a long illness.

Nathan was the oldest son of Rev. Tom and Betty Lipscombe, of Cynthiana, KY, and Paris, KY, born on August 1, 1955, in Danville, VA. He lived in Ruddles Mills, Carlisle and Ocala, FL, for much of his boyhood, later moving to Harrison County where he was a 1973 graduate of Harrison County High School. He served in the United States Air Force for nine years and worked as an engineer in several plants throughout the mid-west. He also worked as a disc jockey for a short time at WCYN in Cynthiana and WFTM in Maysville. Nathan lived in Paris off and on for several years. He was a committee member with Boy Scout Troop 67, and he was active with The Friends of Stoner Creek. He also enjoyed bicycling Bourbon County’s beautiful backroads. In more recent years he loved working and living in Bowling Green, where he was active in his local church, and was a much-loved supporter of Bowling Green’s arts and music scene. A voracious reader, Nathan was always eager to learn.

Nathan had 2,406 “Facebook Friends.” In reality, he probably had more like 10,000 friends, as he was a kind and considerate soul who never met a stranger. He genuinely loved interacting with people up and down the socioeconomic scale.

Nathan is survived by one son Schuyler Thomas Lipscombe (Kepla Her) of Kansas City, KS, and one grandson, Colfax Friend Lipscombe. He is also survived by his sister Sally Lipscombe Levi (Jimmy) and his brother Denny Lipscombe, both of Cynthiana, and three nieces, Sarah Shultz (Derrick) of Georgetown, KY, Susan Levi-Welch (Christopher) of Loveland, Ohio, Mary Levi (Nick Bolton) of Lexington, KY, and nephew J. Miller Levi (Elizabeth) of Cynthiana, KY. He is also survived by 10 great grandnieces and nephews.

Services will be private by request of family.