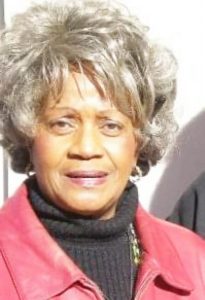 Barbara Jean McClure Conner, 85, died Sunday March 13, 2022 at her home in North Middletown, KY.
She was a retired Deputy Clerk for the Fayette County Court House after 33 years of faithful service, a former Dillard’s retail employee for several years and was a member of the Veaches Chapel CME, Paris, KY.
She is survived by one son, Bill and Carmella Conner, Jr.; eight grandchildren, Kimberly, Brooklyn, Tilman, Jonathan, Brent, Cameron, Ryan and Donielle; eight great grandchildren, Mahayla Jean, Logan, Regan, Eihn, Clinton, Chloe, Caleb and Elliott; one brother, Larry Black; two step children, Mike Conner and Karen Conner Gray; two nieces, Thelma Louise Turner and Joan Blakeley and a host of cousins.
She was also survived by a good friend, Betty Mae Black, whom she grew up with on the “Lane”, where they would check on each other. Kathy Stout Grimes, was also loved by Barbara Jean, she was like a daughter to her and also Jack who is credited in helping her get back home.
Barbara wrote: “Coming together was a beginning; keeping together was a progress; working together was a success. Thank you for all the years.” ~ Barbara ~
The family would like everyone to know how gracious we all are of the outpouring love and prayers that has been extended to us through what has been a very difficult time, we want you to know we thank you.
She was preceded in death by her parents, James Earl and Thelma Anna Cason McClure; one sister, Kitty Crooks and ex-husband, Bill Conner, Sr.
Funeral services were conducted at 12:00 PM Friday March 18, 2022 at the Lusk-McFarland Funeral Home, 1120 Main St., Paris, KY by Rev. Arthur Douthitt and Larry Black. Burial was in the Cedar Heights Cemetery, Paris, KY.
Visitation was from 10:00 AM Friday March 18, 2022 until the hour of service at the funeral home.
Pallbearers were Bill Conner, Jr., Carl Jones, Ryan Conner, Mike Conner, George Stevenson, Larry Stevenson, Cameron Conner and Jimmy Conner.
The funeral arrangements were entrusted to Lusk-McFarland Funeral Home, 1120 Main St., Paris, KY.
The online guestbook is at www.Lusk-McFarland.com and a 24-hour funeral information line can be reached by calling 859-987-4387.