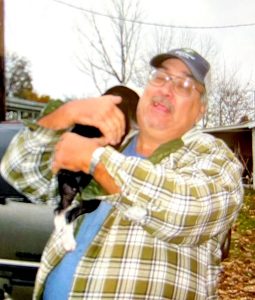 Billy Burke Golden, 67, husband of Joyce Ann Golden died Tuesday, June 14, 2022, at Bourbon Community Hospital Paris, Ky.
A native of Paris, KY, he was the son of the late Robert and Joycelean Florence Golden. He was retired from the Kentucky Transportation Cabinet.
In addition to his wife, he is survived by two daughters, Kasey Lynn Golden and Jillian Kayn; a brother, John Guy; sister, Bobbie Jo Hamner; niece Priscilla Golden nephew, Don Golden, Jr. as well as several grand children and great grandchildren.
In addition to his parents, he was preceded in death by one sister, Ella Guy and one brother, John Robert.
At this time no services will be conducted by request of the family.
The funeral arrangements were entrusted to the Lusk-McFarland Funeral Home, 1120 Main St., Paris, KY.
The online guestbook is at www.Lusk-McFarland.com and a 24-hour funeral information line can be reached by calling 859-987-4387.