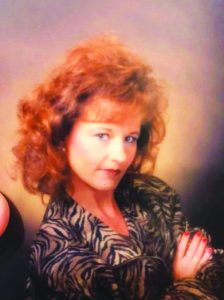 Born on May 21, 1966, to the late Brenda Waugh Mers and the late Linville O’Neal. She lived most of her life in Paris, Kentucky where she attended Bourbon County High School. She had been a long-time employee at several businesses including Hamilton Ryker and Johnson Control. She was baptized at Spears Mill Baptist Church.

Besides her parents she was preceded in death by her grandparents Addie and Earnest G. Waugh; two cousins, Gary Travis Burke and Jerry Waugh; a special aunt Vickie Waugh and several Uncles.

A memorial service will be held on Saturday, August 20th at River of Life Ministries, 616 Clintonville Road, Paris, KY from 3:00 pm to 5:00 pm for anyone who would like to come. Interment will be at Paris Cemetery.