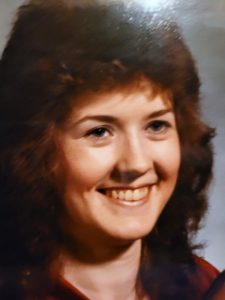 Denise Ann Ormes was born October 5, 1963 and departed this life to live with her Lord on September 13, 2021. She was the daughter of the late Jerry Wayne Ormes and Barbara Ann Myers Ormes. She graduated Bourbon County High School in 1981. In 2000, she received her bachelors degree in Natural Resources Conservative Management from the University of Kentucky and worked at Pelican Man’s, a bird rehab center in Sarasota, Florida until it closed.

She loved animals and birds and was involved with them her entire life.

Denise, has since worked for Quest Diagnostics where she loved going to work as she felt she was being a help to her patients.

She also loved fishing, the beach and watching her children play sports.

Denise was gifted in many ways, even making flowers, angels, and animals out of the shells she collected at the beach.

She was devoted to helping others and for years, Denise and her family spent Christmas Eve lunch at the Lighthouse Mission in Lexington, Ky handing out over a hundred bags that she bought, to men, womens and children. The bags were filed with warm clothing, snacks and of course, toys for the children.

A memorial service will be held on September 17, 2022 at the North Middletown Christian Church at 11 a.m.