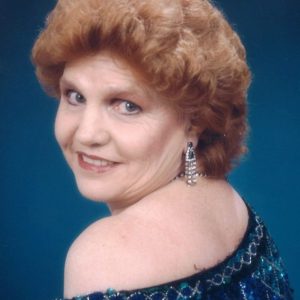 She was born in Georgetown, KY to the late Willie Thomas Wilson and the late Alvia Broughton Parrish.  She was a graduate of Scott County High School, retired supervisor of Hart’s Dry Cleaning of Lexington and a former employee of Ruddles Mills Products.  She was a veteran of the United States Air Force and was of the Baptist faith.  Cathy enjoyed bowling, having bowled in a league for several years with her husband, they also loved boating with family and friends, mainly on Cave Run Lake and watching her husband play music.  She loved spending time with her loved ones and enjoyed staying on the go and shopping and had a kind heart and would help anyone she could.

She was preceded in death by her parents, one son, Larry S. Jones, II; three brothers, Richard “Willie” Wilson, Archie Wilson and Bobby Wilson and one sister Anna Shipley.

Funeral service will be conducted at 11:00 AM Tuesday January 3, 2023 at the Lusk-McFarland Funeral Home, 1120 Main St., Paris, KY by Bob Quinn.  Burial will be in the Paris Cemetery.

Honorary pallbearer will be Hunter Johnson.

The funeral arrangements were entrusted to the Lusk-McFarland Funeral Home, 1120 Main St., Paris, KY. The online guestbook is at www.Lusk-McFarland.com and a 24 hour funeral information line can be reached by calling 859-987-4387.